With fangs, sharp nails, pale skin, and pointed ears, with super strength and ability to transform into bats and drink human blood – this is how we are used to know vampires. Vampires are dominant figures for Halloween, but we find them year-round in movies, books, on TV, blogs, etc. It seems that vampire literature writers like Anne Rice, Stephenie Meyer, Bram Stoker, Kim Newman, and countless others have provided to this creature its characteristic of immortality. However, one question has probably come to your mind not once: are vampires real? 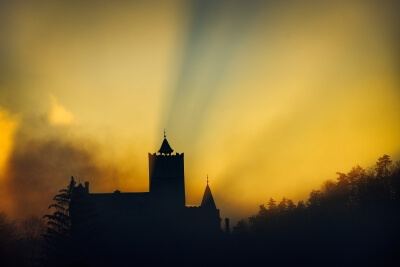 Vampiric entities have been recorded in most cultures, local variants known by various names: “shtriga” in Albania, “vrykolakas” in Greece, “strigoi” in Romania, “upyr” in Russia. Scholars consider that the modern conception of these monsters has developed from different traditional beliefs that circulated namely throughout Europe. It was believed that vampires are the dead whose body, once buried, refused to decompose. They would rise from their graves at night to steal blood and energy from people. It might seem strange, but this belief is still very popular in some traditional Orthodox countries, namely in Romania. 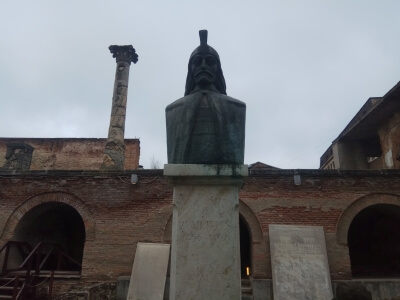 Statue of Vlad the Impaler

Transylvania is the Romanian region which is best known as the land of bloodthirsty vampires. Some may consider vampires fictional, but the geographical area really exists! It is believed to be the home to Bram Stoker’s Count Dracula. The fictional character of the novel is considered to be contemplated basing on one of the most popular rulers in the Romanian history: Vlad III Dracula – the Son of the Dragon, Prince of the Principality of Wallachia, the 15th-century nobleman who has impaled up to 80,000 enemies on long spikes. Particularly for this habit of his, he is also known as Vlad the Impaler. And namely from him, the region is popularly associated with vampires to this day.

The Romanian government has decided to develop the Dracula brand and wrap it properly to sell it in a modern manner, thus enhancing ‘vampire tourism’. Actually, the purpose of this kind of tourism is to bring tourists to Romania and to inform them about the true history of the country, not just vampire myths. 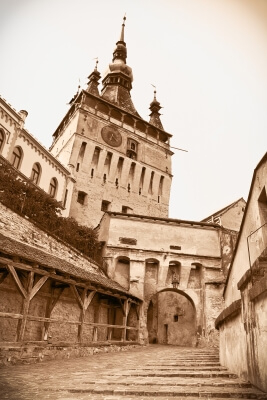 Today, Transylvania’s guests flock to places associated with the real Vlad Tepes, as well as with the fictional Count Dracula. Vlad the Impaler’s birth town of Sighisoara, also known as a well-preserved medieval town, is part of UNESCO World Heritage due to its architectural and urban monuments. People all over the world come here to visit the house where it is said that Vlad the Impaler was born in 1431. Here, he lived with his father, Vlad Dracul, until 1435, after which they moved to Targoviste. Tourists can find the ocher-colored house in the Citadel Square, close to the Clock Tower. There are other, smaller, Dracula-inspired restaurants around the place that are ready to serve its guests meals worthy to kill for. 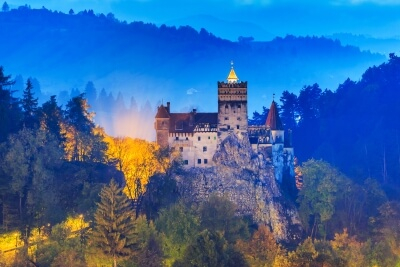 There are numerous castles that are linked to Count Dracula. But Bran Castle is the only castle that actually fits Bram Stoker’s description of Dracula’s Castle, being thus called throughout the world as Dracula’s Castle. Chapter 2 of “Dracula” describes the Count’s castle as “... on the very edge of a terrific precipice ... with occasionally a deep rift where there is a chasm with silver threads where the rivers wind in deep gorges through the forests.”. However, there is no tight connection between Bran Castle and Vlad the Impaler. It appears that Vlad was taken to Bran Castle and locked up there just for two months.

There are two other significant places which play an important part in Stoker’s novel. The first one is the town of Bistrita, which is mentioned in the writing as ‘Bistritz’, a German location. It is considered to be on the main rail line between Vienna and Budapest, the route that the character Jonathan Harker follows in Chapter 1 of the novel. Harker stays at the Golden Krone Hotel, although no such hotel existed when the novel was written. However, a hotel with the same name has been built recently where any visitor can try the famous ‘robber steak’ – the same meal which Harker has in the novel. 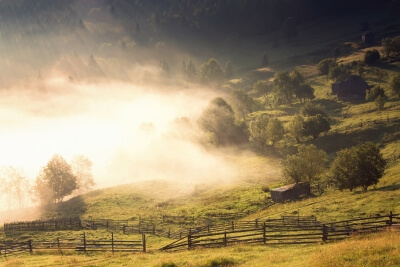 Another important site for Dracula fans is the Borgo Pass, or the Birgau Pass, a tranquil area found on Transylvania’s border with Moldavia. A hotel has been built not so long ago here, this being the approximate place of the fictional Count’s castle. Once reading the Stoker’s novel during the travel, one will observe the striking similarities between the reality and the fiction: green sloping land, farmhouses, wooded mountains, fruit orchards, making the view of the Pass magnificent. 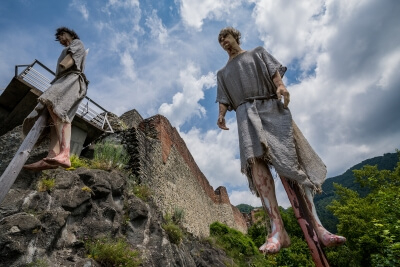 But tourists are eager to discover places of interest that refer to the real Wallachian Prince as well. One of them is Poenari Castle, or Poenari Citadel. Vlad the Impaler discovers this place in 1456 and decides to transform it into his second residence. First of all, for accessing the Castle, 1,480 concrete stairs have to be climbed. Once reaching the construction, some horror details can be noted: two impaled Turks, but also gallows and a guillotine. Yet, these terrible moments can be easily forgotten while viewing the panorama which opens over the Transfagarasan. Besides the vampire myths, ordered assassinations stories and impaling, the chronicles reveal also a tragic love story. The first wife of the ruler, the beautiful Anastasija Holszanska, committed suicide here because of jealousy. 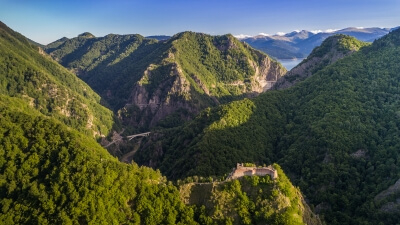 Just 6 km far from Poenari Citadel the Arefu village is, known as being inhabited by descendants of Vlad Tepes’s loyal subjects. This is a great place to relax at a campfire and listen to tales about the Impaler. 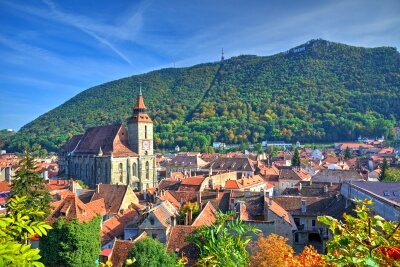 An important Romanian selling point of history is the city of Brasov, where the Saxons were once a successful minority. However, Brasov became the ground of a terrible Tepes’s revenge. The Wallachian ruler did not look kindly upon the Saxon merchants who had refused to pay taxes to him despite repeated warnings. As a consequence, Vlad the Impaler attacked the city, burned it entirely, captured prisoners and impaled Saxon merchants and nobles who were dying just after several days of suffering. The memory of Vlad Tepes is used as a tourist kitsch nowadays in Brasov. There is even a street named in the honor of Tepes. 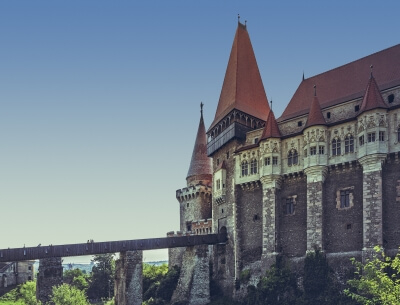 Another remarkable gothic castle that is associated with Vlad the Impaler is Corvin Castle. Here, Vlad Dracul might have been imprisoned for 7 years by John Hunyadi, Hungary’s military leader. Built in the mid-15th century, the Castle is divided into 3 large areas: the Diet Hall, the circular stairways surrounded by towers, and the Knight’s Hall, under which the prison where the Romanian ruler might have been kept was situated. Some legends say that Vlad the Impaler’s stay in the Corvin Castle resulted in his eventual madness.

So, if you feel you need a vacation that is a little off the beaten part, pack up your garlic and move towards Transylvania to explore its tumultuous history!