Ready for adventures in the wild Carpathian Mountains of Romania? Willing to discover the heavenly landscapes and immerse yourself in the vibrant culture of this enchanting country? Take a look at our travel tips about the amazing Carpathians in Romania. 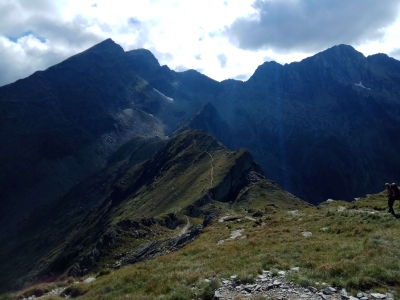 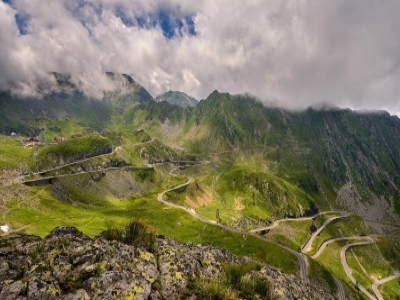 1. The Transfagarasan is known as the most beautiful road in Romania. Top Gear described it as the world’s “greatest driving road”. Crossing the Fagaras Mountains, this spectacular highway ranks on the second place in the top of the highest roads in Romania. 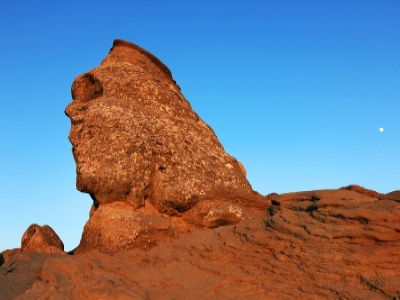 2. Located in the Bucegi National Park, at an altitude of 2,216 m, the Sphinx and Babele (“Old Women”) are natural wonders. Babele are mushroom shaped rock formations, whereas the Sphinx looks like a human face. Formed due to wind erosion, these impressive monuments are the matter of all kinds of legends and theories. 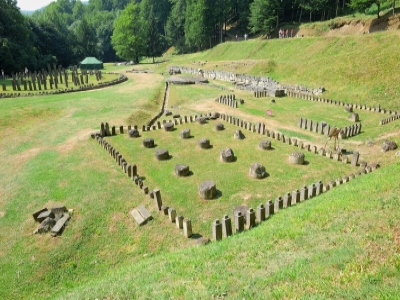 3. Sarmizegetusa Regia is the former capital of the Dacian Empire and one of the oldest historical sites in Romania. Surrounded by the Sureanu Mountains, the fortification is close to the holy mountain of the Dacians, the Godeanu Massif. 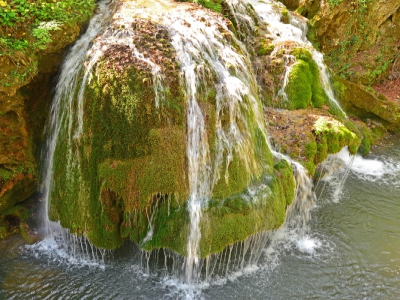 4. The Bigar Waterfall in the Anina Mountains, is a must see destination that you shouldn’t miss. Its uniqueness consists in the mix of curtain-like streams of water and the big mossy rock from which the water flows. The waterfall is famous and ranked number one in Romania.  It’s worth visiting other remarkable places in the same region, like Susara Waterfall, Devil’s Lake (the biggest karst lake in Romania), Sasca Montana and Beusnita Waterfall.

5. Linking Oltenia with Transylvania, Transalpina is the highest road in Romania and one of the most spectacular ones, with 139 km in length. Also called King’s Road or Devil’s Path, Transalpina means “the country behind the mountains” in Latin.

6. Built in the 13th century, Rasnov Fortress is a medieval monument on the top of the hill in Rasnov, not far from Brasov. The citadel that was used as a defense against the Tatars, is now very well preserved and visited by tourists from all over the world. 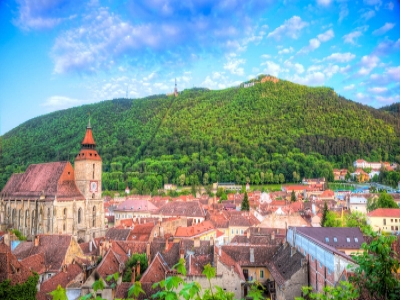 7. In the heart of Transylvania, surrounded by the Southern Carpathians, Brasov is an amazing city that has a lot to offer. Among the most important points of interest, we can note: the medieval fortress, the Black Church, the Rope Street (the narrowest street in Europe), the first Romanian School and Tampa Mountain.  No wonder it’s full of tourists!

Not far from Brasov, we can find the renowned Bran Castle or Dracula’s Castle, a magic place haunted by myths and stories. Come visit this legendary monument and unveil the true story behind the fortress walls.

Another stunning destination is Peles Castle, located in Sinaia (45 km South from Brasov), a charming town surrounded by the Bucegi Mountains. A royal residence and emblem of the Neo-Renaissance art, this castle will definitely make you fall in love with Romania.

8. The Corvin Castle is one of the most prominent gothic monuments in Romania. Built in the 15th century, it is among the most beautiful castles in the world, a place full of mysteries. 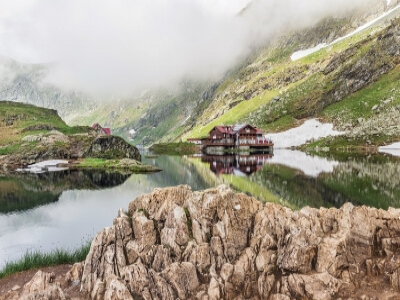 9. Balea Lake is a glacier lake surrounded by the Fagaras Mountains. Nearby the lake, for those looking for extreme sensations, there is an ice hotel and an ice church.

10. St. Anna Lake is a volcanic lake in the Ciomatu Mare volcanic crater. Its water is very pure. Don’t forget to ask the locals if it’s safe to walk on the iced lake in winter. For therapeutic reasons, people also visit the smelling caves which emanate sulphur and can be found not far from the lake.

There are 6 Dacian Fortresses of the Orastie Mountains that are part of the UNESCO World Heritage.

The Romanian Carpathians are home to the largest virgin forests in Europe. 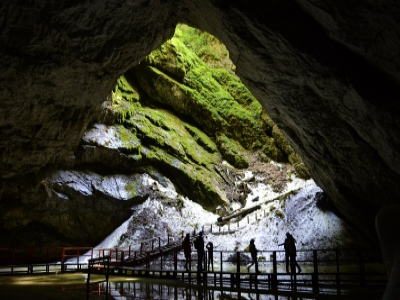 The Scarisoara Cave, located in the Apuseni Mountains, is home to the 2nd biggest underground glacier in Europe. 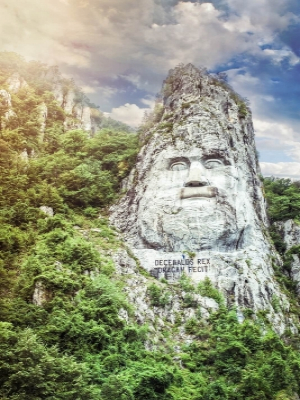 The rock sculpture of Decebalus is the tallest sculpted rock in Europe, which represents the last Dacian king. It is situated in the Danube’s Cauldrons, in a place where the Carpathians meet the Danube.

Red Ravine (Râpa Roșie) is a natural wonder, a reservation that looks like a canyon, with all kinds of red towers and pyramids. It’s a geological monument in Alba County.

Ideas for hiking and trekking trips

Go hiking in Bucegi. Visit the Sphinx and Babele. It’s quite difficult to hike the Bucegi Mountains, so you should bear in mind that you need to prepare your journey beforehand, plan accommodation, check the weather and figure out the paths. You can start from Sinaia, go through Poiana Stanii, hike on Pelesului Valley, then reach the Piatra Arsei Hut. Follow the Ialomita’s Valley until you reach Obarsiei Fall, then climb towards Omu Peak. 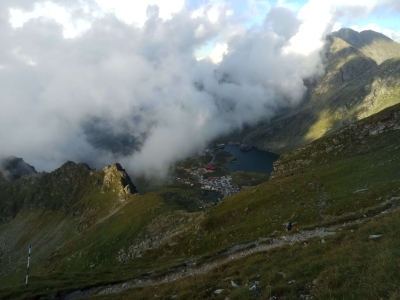 How about trekking in the Fagaras Massif? A French geographer, Emmanuel de Martonne, described the Fagaras Massif as the Alps of Transylvania. You can see here the highest peaks in Romania, Moldoveanu Peak and Negoiu Peak, but also other 6 peaks of over 2500 m. 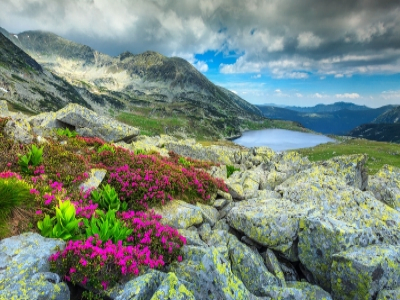 Visit the Retezat National Park. Check out the oldest national park in Romania, in Southern Carpathians. It’s home to a lot of birds, animals and plants, some of them being rare species. Explore the tall, rocky peaks, like Papusa Peak (2,508 m), discover the deep lakes and immerse yourself in the wild nature of this amazing National Park. 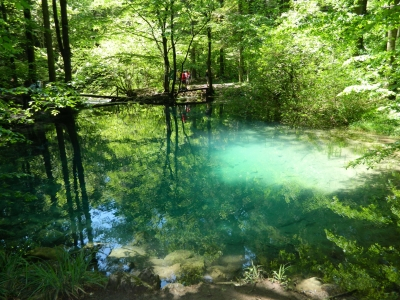 Don’t miss Cheile Nerei-Beusnita National Park, situated in the Aninei Mountains! This is a magic destination which offers plenty of natural beauties like blue lakes, waterfalls, gorges, caves and ravines. One of them is Ochiul Beiului, an amazing blue-green lake which never freezes and makes you feel like you’re in another world. 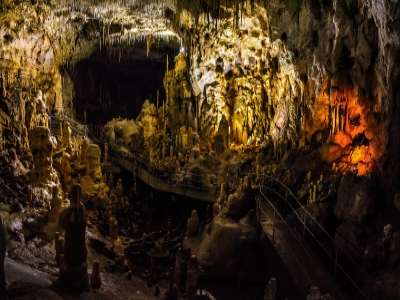 There are around 12,000 caves in Romania, so why not explore some of them? You can begin with taking a tour of the Bear’s Cave in the Apuseni Mountains, which hosts numerous bear fossils and speleothems of different shapes. 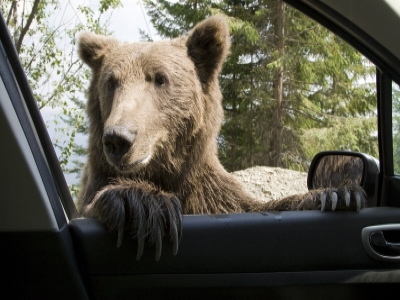