Romania is a touristic destination perfect for visiting in any period of the year. It just depends on each traveler’s taste, when he/she wants to visit this beautiful country. It is to mention the fact that Romania has four distinct seasons: winter, spring, summer, and autumn. This is due to the country’s position on the globe: first of all, because it is halfway between the pole and the equator. Romania has a temperate continental climate, particular for central Europe, the local differences being caused mainly by altitude and proximity to important water streams.

The southern part of Romania has a more pronounced continental climate. “Little Paris” – Bucharest, the capital of Romania, is characterized by rather mild winters, with little snow and relatively high temperatures, ranging between 0°C and -10°C. 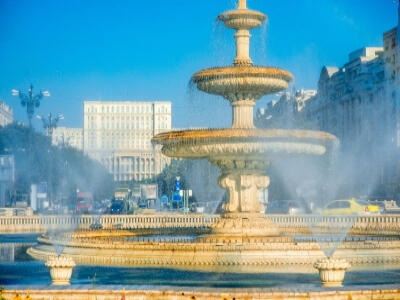 Summertime, especially in the last years, is very hot, with temperatures up to 35 °C, and with low quantity of precipitation. This makes the temperatures in summer and in winter differ to about 50 degrees! 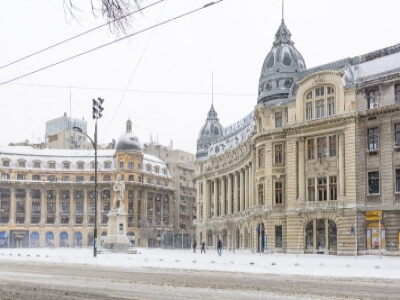 Due to its position on the Romanian Plain, very strong winds can emerge during the winter season, but most of air currents are losing intensity because of the degree of urbanization. The average rainfall and humidity is low in summer, but violent storms occasionally occur. In general, rainfall is present 117 days per year in the Romanian capital.

The sunniest regions of Romania are those found under the pontic climate influence: on the seashore and in the Danube Delta. 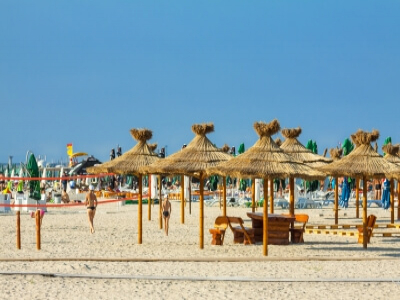 Obviously, Constanta is the favorite district among sun-seekers. This is where almost 2400 sunny hours per year, the highest number of sunny hours per year, is measured. Usually, the sky is clear from April till September, with rare, but heavy rains predominating. The Black Sea water temperature is perfect for swimming from the end of May till late September, being of an average of 17-19 to 25-26 °C. 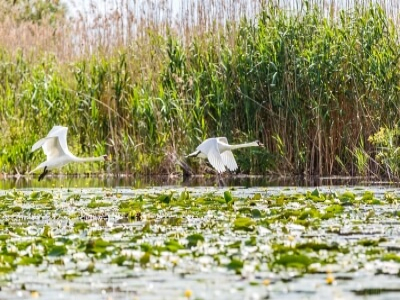 Rainfalls are very reduced (an average of 400-450 mm/year) in Tulcea, it being the driest region in the country. If you plan to visit the Danube Delta, then you should know that October is the month with the lowest quantity of precipitation, while the greatest amount occurs in June, with an average of 54 mm. However, the lack of rainfalls is compensated by the humidity thanks to the aquatic surfaces’ evaporation. The warmest month of the year is July, with an average temperature of 22,2 °C, but these days are incredibly enjoyable due to the daytime breeze. The lowest average temperature occurs in January, when it is around -0.8 °C, but it is a must not to forget about the high percentage of humidity, which makes the air feel like arctic in this season.

Iasi, in the northeast part of the country, is influenced by pronounced continental climate. Here, winters are harsh, rich in snow, frequently with snow storms. Summers are predominated by dry weather, with high temperatures (with average of 26,8°C), and sudden rain showers that are sometimes accompanied by hailstorms. There are about 190 days without rainfall per year, the highest quantity of precipitation being registered in summer. You can find snow in Iasi about 40 days per year, with an average depth of 2 to 19-20 cm.

As a traveler heads to the Carpathians, he/she needs to know that the temperature decreases once with the altitude increase, 6 degrees to every 1000 meters. Maramures and Suceava, known as Bucovina, are adorable in the period spring-autumn! About 275 days per year have temperature above 0°C. Yet, summer days are not so hot here and the season is, in general, characterized by quite cool nights. 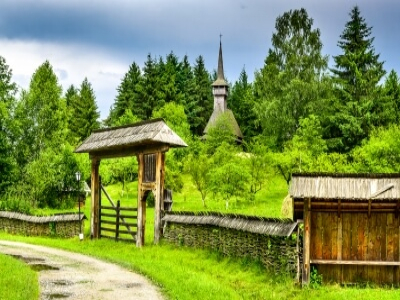 In Maramures, the rainfall has the highest levels in comparison with the entire territory of the country, approximately 70% of the region receiving 900-1.000 mm precipitation per year. In the mountains, winter lasts 1-2 months longer than on the hillsides of Suceava, and frost and snow can be seen till the end of May, or even beginning of June - in the western part of the mountains.

In general, the mountainous area is characterized by high humidity and significant amount of rainfall all year round! 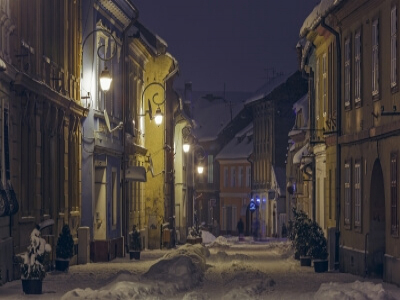 Winter in Brasov is often very cold, the temperatures under -20 °C being very frequent. However, this is not an obstacle for the travelers who like to practice winter sports and admire white fairytale lands. At the same time, Brasov Depression has the highest number of foggy days on the entire territory of the country, the number of sunshine hours reducing to 1600 per year. In summer, the weather in Brasov is rather capricious, approximately one third of those 600 mm of precipitation falling namely in this season. Not seldom, it breaks the plans of tourists and creates unforeseeable problems.

The West of Romania is determined by moderate temperatures and high quantity of precipitation, especially on hills and in the mountains. Thus, in Timis, Mediterranean climate characteristics are felt, with mild winters, but rainy autumns, the Carpathian Mountains from the east side protecting the region against the cold continental air. The months rich in rainfall are May, June, and July, with 34,4% of the total amount, followed by November and December. Timisoara, the capital city of Timis County, is slightly warmer than other big cities of Romania, because it is influenced by Mediterranean and continental air currents. Thus, the average temperature is of 21,6 °C in July and -1,2 °C in January. However, the Mediterranean character is particularly felt through rainfall, the average per year exceeding 630-640 mm.

Of course, the propitious weather is followed by higher prices, while the transition periods, between seasons, are cheaper in the matter of accommodation and touristic facilities. Before starting your adventure in Romania, we recommend you to verify the weather forecast of the region you are going to visit for at least 3 days. One of the most reliable sources in this regard is the website of the Meteorological Administration of Romania.